By this stage, most of you will probably have heard about the issues experienced by many Mayo supporters (and indeed, those further afield) with their GAA Croke Park season ticket attendance records over the past few weeks. If not, here’s some background.

It is important from the outset to point out that the GAA season ticket system has been a very welcome development by the organisation, and is one that typically works very effectively and seamlessly. It is the wish of both the GAA and supporters that it continues to fulfil the function for which it was established – to reward loyal supporters.

For those of us who were in attendance at MacHale Park for the Cork game, but subsequently discovered that their attendance was not registered online, it has been a frustrating and angering few days trying to obtain a satisfactory response from the GAA season ticket department via email and telephone, and indeed the poor communication from HQ about their reasoning has been a source of much of the frustration.

Club ’51 believes that anyone who can prove they were in attendance at a fixture has the right to have their attendance record updated, so that they are not potentially affected later in the season. Under the Croke Park Season Ticket T&Cs, you must have attended 60% of your county’s games to qualify for purchase of an All-Ireland ticket if your county makes it to the final. If your county does not make it to the final, and you have attended 100% of your county’s games, you are entitled to entry to a draw for All-Ireland tickets regardless. So it is of paramount importance to loyal season ticket holders that their attendance record is accurately maintained; however until yesterday, we had been met by serious resistance and a lack of flexibility from the GAA in this regard.

Yesterday (Wednesday 26th March) however, in a significant development, the GAA emailed an as-yet unconfirmed number of people to inform them that “We will update your attendance for the fixture in question here as a goodwill gesture to you personally”, while in the same sentence, insisting that “there will be no change to attendance made based upon a post-facto email for any fixture or from any Season Ticket holder where there were no issues reported by the County Board.” It is unclear how many of those affected have received this email or have had their records corrected.

Basically, what this appears to boil down to is that the GAA are telling supporters that unless the county board at the venue in question informs HQ that there is a problem with the scanning equipment or information, if you check your account and find that your attendance record is not correct, it will not be updated, even if you were at the game. We are not satisfied with this response, and at this point have sought the advice of a number of people more qualified than ourselves to check the legality of the GAA’s stance.

We are, however also (finally!) engaged in communication with Ronan Murphy, head of the GAA Ticketing Department, who very helpfully took the time to explain the reasoning behind their response, and in doing so, made some valid points. We will push to continue this conversation in order to try and find a reasonable, workable solution for everyone with a genuine complaint. The GAA have also assured us in writing that they will deal with each request individually and we can only assume that this will involve trying to determine the facts behind a problem, rather than an upfront refusal.

In the meantime, Club ’51 would like to give you some information that may prevent an issue occurring with your attendance record in future.

In the meantime, there are a number of things you can do to ensure that your attendance is recorded:

The above are all measures we can take to ensure that this system works as well and possible and and serves the purpose for which it was set up – to reward loyal supporters.

As we’ve already stated,  while we now have a better understanding of the reasoning behind it, we are not completely satisfied with the GAA’s response this week to the problems Mayo supporters have been experiencing, nor with the manner and inconsistency with which their complaints have been handled. We believe that in future, where mistakes have been made and supporters have genuinely attended a game, that there needs to be a system in place to address these issues in a fair, transparent manner and correct them where relevant. We will be continuing this conversation with them.

However, given the abuse of the system at present, the GAA understandably are taking a firmer line with requests for attendance updates in order to ensure that the system continues to reward genuine, dedicated supporters. A workable compromise must therefore be found so that these supporters can be reassured that they receive the service they are paying for, and the conversation will continue. 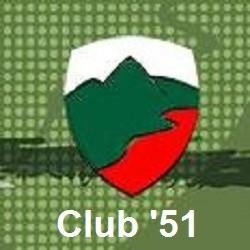 Follow Us
Admins
The crew behind the scenes who keep the Club '51 lights on!
We welcome all feedback and participation, so if you have any ideas or suggestions and would like to contribute to the group, drop us a line - we’d love to hear from you. Follow us on Twitter.