The 2016 GAA GPA All Star awards were held last Friday night in the Convention Centre in Dublin. Once again Mayo GAA were well represented at this years Awards. In total four Mayo players were awarded All Stars in football and three in Hurling as well as winning player of the year award in both football and the Nicky Rackard in hurling and young player of the year in football.

There were three nominations for the 2016 GAA GPA player of the year award. Brian Fenton and Ciarán Kilkenny from Dublin and Mayo’s Lee Keegan were the nominee’s for this years award. Congratulations to Lee on winning this years Player of the Year award.

Not to be outdone by the football, four of our hurlers also picked up All Stars in the Nicky Rackard competition. Congratulations to Cathal Freeman, Joseph Mc Manus and Brian Hunt on winning All Stars. Congratulations also to Kenny Feeney for winning the player of the year award.
Lee was interviewed on Off The Ball show on Newstalk on Tuesday 8th November, have a listen here; 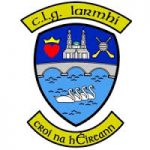 Our Round 4 Qualifier match with Westmeath brings us back to Croke Park next Saturday the 30th July, which is a little earlier than a lot of us would origninally have bargained for. But it’s the route we had to take, and we face our 3rd game in 4 weeks on Saturday after ours wins against Fermanagh and Kildare. We are part of a triple header on the day with our match throwing in at 6pm (live on Sky Sports). Cork will be doing battle with Donegal before us at 4pm while the minors of Cork and Donegal will be the opening match of the day at 2pm. It will be our first meeting against the Lake County men since our league clash with them in a wet Mullingar in 2014, which we won narrowly. Our last championship affair came in 2001 our Qualifier debut in Dr. Hyde Park, where we succumbed to the Leinster men after extra time by a single point.

We’ve been told that the quays in Dublin will be closed on Saturday. If you normally use this route to Croke Park we’d advise an alternative route on Saturday.

Dublin’s north and south quays will be closed to eastbound and westbound traffic at O’Connell bridge from 8pm on Friday July 29th until 6am on Tuesday August 2nd. The closure will be to facilitate essential Luas Cross City construction works over the weekend. Diversions will be in place.

Here are some bus companies that will be travelling to the match on Sunday. If you know of any more, please let us know and we will add them in here. Call to book your seat in advance if you haven’t already, we don’t want to see any of you lot thumbing up the N5!

Irish Rail have announced extra services to Dublin to cover the All-Ireland Rd 4B qualifier on Saturday 30th July. There will be three extra trains with one departing from Ballina and the other two from Westport. Booking on www.irishrail.ie is essential to secure your train ticket.

The following additional services have been added to accommodate supporters travelling to/from the match:

Return trains depart Heuston station at 20:50hrs to Westport and at 21:10hrs to Ballina.

Bring the Colour, Bring the Noise!

As we always say, bring the colour, bring the noise! We want to see a “Sea Of Green & Red” again as always in Croke Park on Saturday evening. It really does make a difference. The team do take notice when the Mayo supporters get behind them at a match. Andy Moran, when interviewed after the Fermanagh match in Castlebar, said this,

“I thought the support was excellent. It was great to see so many here today but we’re Mayo, we’re in this together, and I wouldn’t expect anything less from the supporters.” – Andy Moran interviewed in the Western People.

The Green & Red of Mayo in Croke Park (Pic-Sportsfile)

Match tickets will be available at all usual outlets before the match. There will also be tickets available to purchase from the Croke Park ticket office on Dorset Street and the North Circular Road offices. Season Tickets holders will have received an email earlier in the week regarding opt-outs. If any Season Ticket holders haven’t already done so, now is the time to set up your group seating, details on how to are here.

Tickets for London GAA vs Mayo GAA on sale now

While most Mayo eyes are firmly on Dr. Hyde Park for Sunday’s crunch showdown with Roscommon, the Championship is already in sight. This year, Mayo GAA travel to Ruislip, the ground of London GAA to kick off their Connacht Championship campaign on Sunday 29th May 2016.

This year for the first time, the fixture will be all-ticket, and tickets have now just gone on sale. Only adult tickets are available online, and according to London GAA tickets for adults, OAPs and students will be available at Ruislip on the day. However demand is likely to be huge. If the crowd of Mayo supporters that travelled to New York in 2014 is anything to by, there’s likely to be a massive contingent crossing the Irish sea, and of course the occasion will be a huge draw for many of Irish diaspora across the UK.

So if you’re planning on heading over, we would strongly recommend that you book your tickets now. Tickets booked during the week and have already arrived in the post!

Tickets can be bought in the UK from London GAA using the following link:https://londongaa.tickets.ie/.
If you have any questions please contact Mark Gottsche on 07872600074 or email secretary.london@gaa.ie.

Tickets are currently unavailable online, however we have been informed by Club London GAA that additional tickets will be going on sale online later this week. Tickets will be available from Ruislip from Monday 4th April.

Roscommon vs. Mayo this Sunday

In the meantime, Mayo have a do-or-die fixture this Sunday against Roscommon in Dr. Hyde Park in Round 6 of the Allianz National Football league. Throw-in is at the later time of 3.30pm. Lose, and it’s almost certain relegation to Division 2 for next year, and Roscommon under Fergal O’Donnell and Mayo’s own Kevin McStay have been blazing a trail through Division 1 this year, racking up scores left right and centre. They would be only too delighted to relegate this Mayo team who have been struggling in the League thus far.

Some practicalities – be aware that the Roscommon Easter Parade is taking place at 12.30 and traffic is likely to be heavy. Seating will also be allocated on a first-come first-served basis and the weather is not promised favourable, so if you want to get into the stand get on the road early.

While the arguments could be made that Mayo’s focus justifiably lies elsewhere, and that we have been playing catch-up after a delayed start and a plague of injuries, no-one one wants to see this team lose their status as the longest serving team in the top flight.

It’s the first time this year that the sixteenth man will be needed – we are going into a dogfight, against a well-supported, highly confident team on their home patch, so we as supporters will need to make ourselves count on Sunday. We can’t kick points, but we can let these lads who have given us so many incredible days out know that we are backing them all the way.

We are therefore appealing to every man, woman and child to make some noise and bring a flag on Sunday and let’s revive the famous “Mayo Roar”.

Bring the colour, bring the noise and let’s together get the job done. Maigh Eo Abú!

Have you voted in our poll?

Part 2 now with new and improved James Horan highlights thanks to Nodlag O’Neill-Forde, you can’t keep a good man down.

After Sunday we may have to do a new part 3 to add a few moments to our great semi-final moments.

And once again we are begging anyone with footage of the Kerry game in 1996 to get in touch on mayoclub51@gmail.com

The scene on the sideline at about 6.30 next Saturday

Have your say. Vote on our poll here;

Sorry, there are no polls available at the moment.