It’s been a quiet few days for the Mayo faithful as we’ve been basking in the warm glow of the win against the Rebels last Sunday week, but now it’s time to turn our sights towards the one we’ve all been waiting for as the Green and Red take to the capital to face Dublin in Round 6 of the Allianz National Football League. The game throws in at 7pm on Saturday 29th March, and there can be no doubt that this is the Big One, to date at least, of this year’s league campaign as we face the Boys in Blue for the first time since last year’s stinging final defeat.

For those of us exiled in the Smoke, it’s a welcome break from the travels, and for those of you visiting, well, you always have a good time in the capital, don’t you?

Debate is already sizzling about this one – do Mayo need to grab this game by the scruff of the neck and take it to the Dubs, in the process laying down a strong marker for the year ahead and giving ourselves a welcome psychological boost? A win will leave us in an excellent position, with potentially a play-off spot to look forward to. Or in the grand scheme of things, does a win against the Dubs in March really mean anything, when there is a far bigger prize to play for later in the year?

Whatever your school of thought, this fixture holds all the promise of and ingredients for an epic clash, and Club ’51 will as usual be there in the thick of the action. We’ll be convening in the main bar of Jury’s Croke Park Hotel (at the back of the Hogan Stand) from late afternoon, 4.30pm or so (we like to make a day of it), everyone is welcome to come along and we look forward to seeing a good crew there.

This is a big game, and we want to make a big impact both on the pitch and off. Holding the game in Croke Park, while the obvious thing to do, ensures that this is essentially a home game for the Dubs (despite their protests) but it’s our ground too, and a ground with which we’re very familiar. Last summer, Mayo supporters brought a sea of green and red to Croke Park, and this Saturday night, we want to bring it back. We’d like to show Dublin and indeed the rest of the country that this Mayo team and its supporters are back with a bang, and that we’re in it for the long haul again this year. So if you’re making the trip east, pack a flag, or a banner and hold them high before the game, and let’s together make some noise and get behind our team on Saturday night.

After the game, as there’s a large Mayo contingent staying there, there’ll be a few drinks in the Skylon Hotel in Drumcondra. We look forward to seeing you all there! 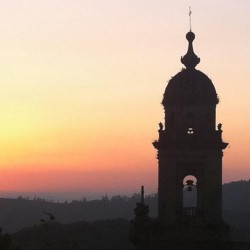 Follow me:
Anne-Marie
Anne-Marie is a researcher and by day, a dreamer by night, an occasional writer (you can find her in the Mayo News twice monthly) and a Mayo GAA nut all the time. She thinks about football far more than is healthy but to balance this out, she also thinks at length about ducks, politics, bridges and Roy Orbison.